Sam Hartman has been a big-time player for the Wake Forest Demon Deacons the past 2 seasons. In 2021, he finished second in the ACC with 39 touchdown passes and third in the league with 4,228 passing yards.

But, now the Wake Forest star will be sidelined to start the 2022 campaign, according to ESPN’s Andrea Adelson.

The school announced on Wednesday that Hartman would be out for a significant portion of time with a non-football related medical issue:

Wake Forest just announced starting QB Sam Hartman is out for an extended period of time for a non-football related medical condition. Praying everything is OK first and foremost.

Coach Dave Clawson and Hartman each issued statements about the news: 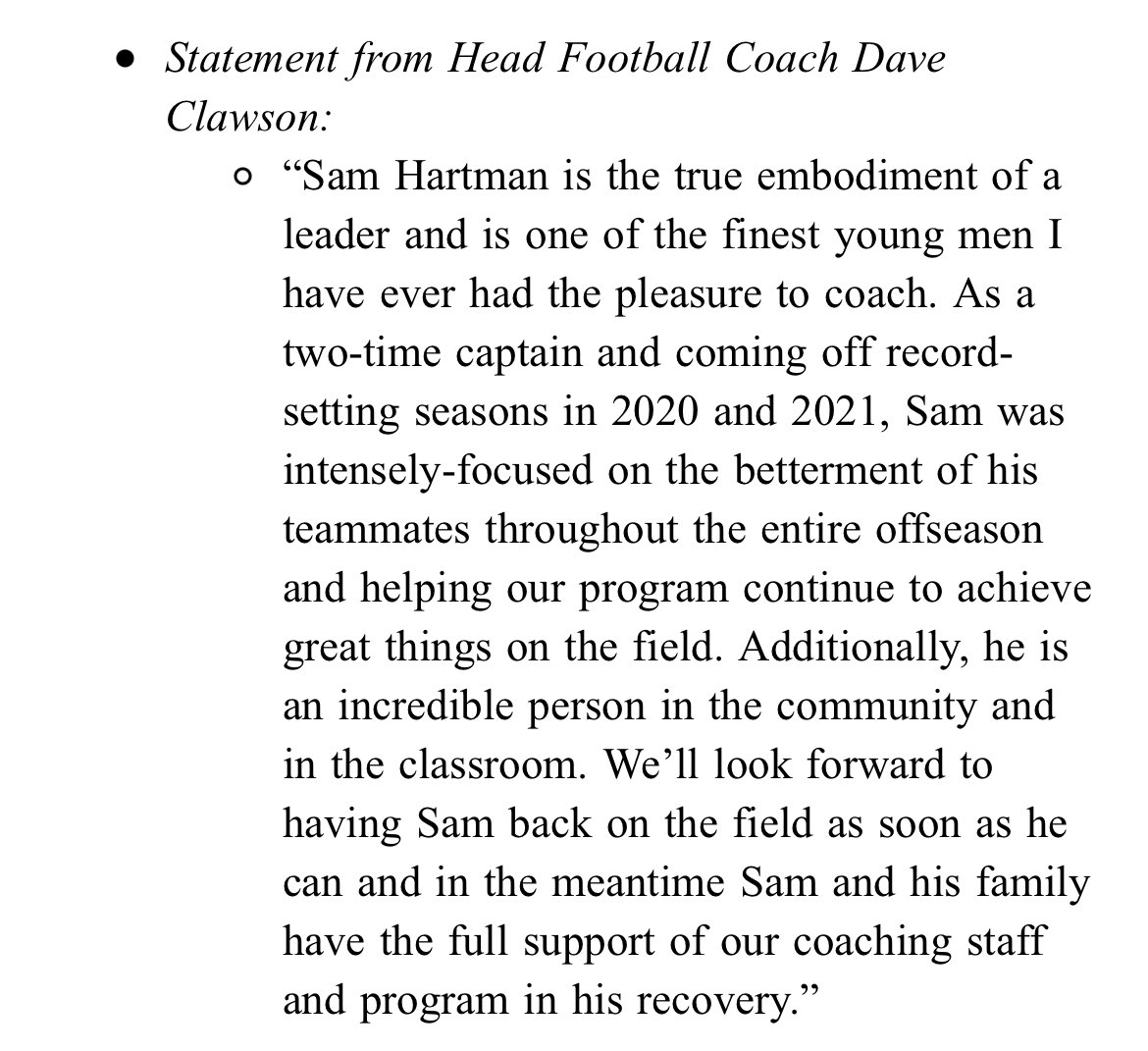 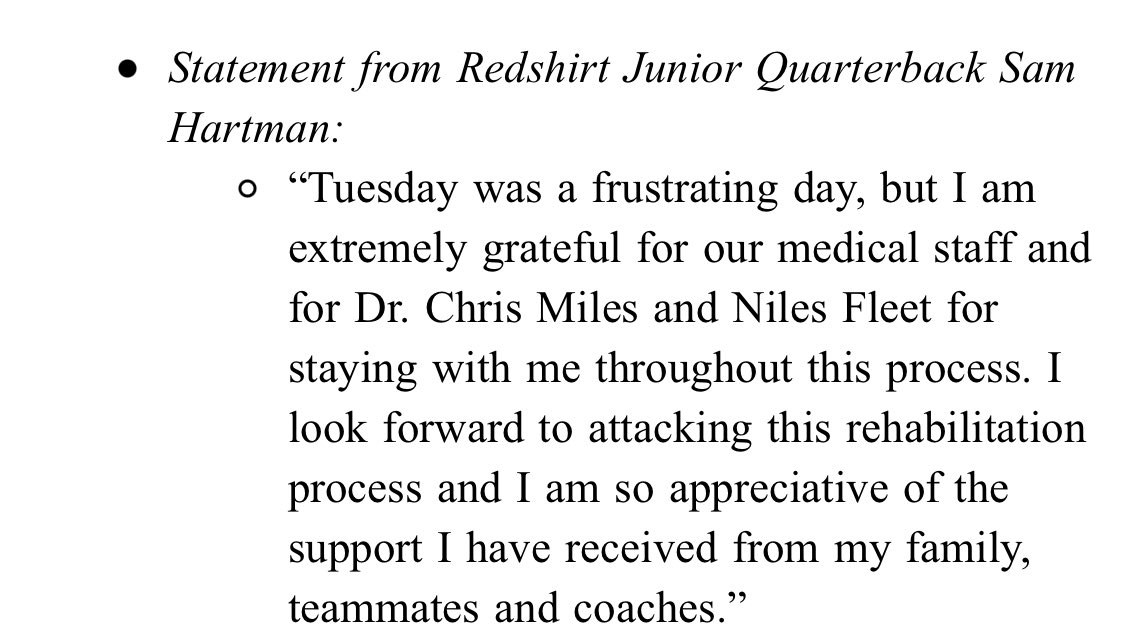 Wake Forest is set to open the season on Thursday, Sept. 1, against VMI. The Demon Deacons are then scheduled to make a trip to Vanderbilt in Week 2.

It hasn’t been revealed how long Hartman is expected to miss, but hopefully he can return to the field 100% healthy sooner rather than later.